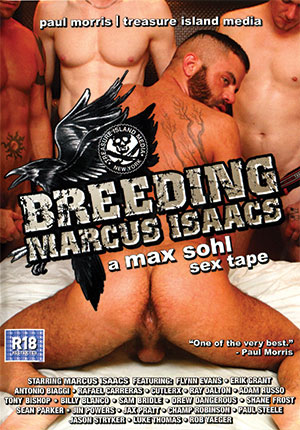 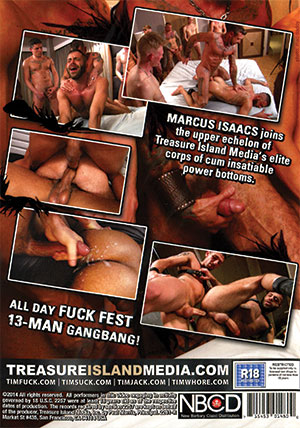 Following in the footsteps of Mike O’Neill, Billy Wild and Ian Jay, Marcus Isaacs joins the upper echelon of Treasure Island Media’s elite corps of cum insatiable power bottoms! When Max Sohl first met Isaacs, he fell in love with him instantly and the thought of him getting bred gave him an immediate hard on. Along the way Isaacs was filmed with the incredible Australian horndog Flynn Evans, Erik Grant, Antonio Biaggi, Rafael Carreras, Ray Dalton, CutlerX, and so many more! Watch Marcus as he lays on a bed with a ton of hunky, tattooed studs around him wanking on their own hard cocks and watching him. They take their turns bringing over their rock hard meat to be sucked and wanked before pinning him down and slamming their veined, throbbing meat inside he’s backdoor entrance. Some guys double up shoving two dicks in his arse at one go before the boys spray their creamy loads all over him!

Liquid Gold x 4
Pleasurable experiences are heightened. Sexual sensations are enhanced. Orgasm feels prolonged and exalted - Joy beyond words! DIRECTIONS: Remove cap from bottle and allow to stand; the aroma will develop. *WARNING* - Not to be used by anyone with a heart condition or inhaled directly from the bottle. Keep out of reach of children.

4 Bottles For This Price...

Kid Bengala 3
The most popular new series that the family has come up with Kids gigantic cock just seems to grow on, gorgeous babes are thrown in front of him like lions to the slaughter. Their eyes water as this pound and a half of pork sausage meat is forced into slimey dripping arses, fannies quiver as they get tickled by a helmet the size of a tennis ball. Then bollocks the size of a Bulls are unloaded time and time again over pretty pink faces. The thought of this hunk of meat hanging from your waste can only make you dream of what it would be like to have any woman you wanted, Im sure if you waved this magic wand theres not many of the opposite sex who would turn it down. Kid Bengala is gonna be in our magazine for a long time to cum, as long as you, our members want more of his meat!!...
£20.00