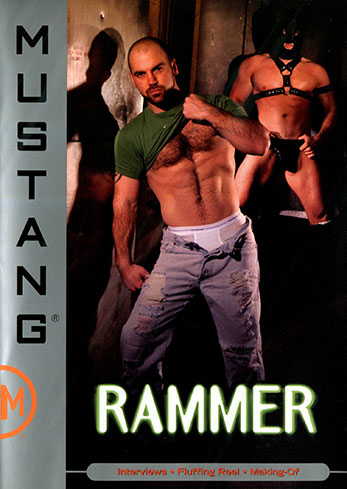 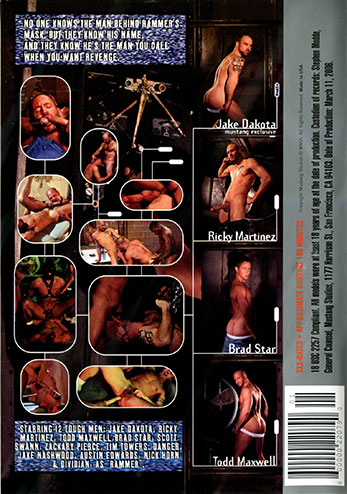 View all films from 'Falcon Studios'

No one knows the man behind Rammer's mask. But they know he's the man you call when you want revenge. Mr Brutus wakes up locked in a filthy room where Rammer's masked face appears on a TV screen in the corner of the room. Mr. Brutus was a very nasty boss, according to his former assistant, Zackary Pierce, who can't wait to give him the most degrading revenge fuck of his life. Mr. White wakes up and learns that Ricky Martinez and Danger hold the antidote to the poison he's been injected with. A hateful racist - if he wants to live, he's going to have to submit to them in ways he never imagined. Mr Sellers is selfish lover who only cared about himself and his own needs. For his freedom, he must submit to every sexual whim of Scott Swann, in the sling. Four notorious homophobes will never be the same when they come face-to-face with Rammer, who's got some sick tricks up his sleeve.