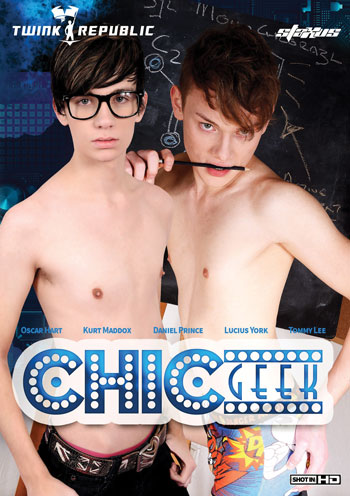 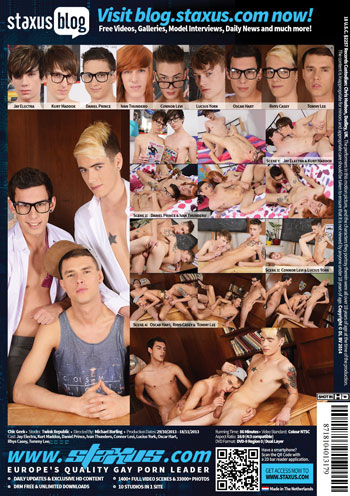 View all films from 'Staxus'

Rhys Casey and Oscar Hart are two sniggering young lads! Not that Tommy Lee shares their amusement, despite being of a similar age. Walking into the room to find the two nerds tittering away, the hard-nosed chav appears to take exception to their antics. They promptly bundle Lee over a desk and thrust their thick, straining dicks in his direction. It’s at this point, of course, that you’d be forgiven for assuming that the cropped haired youth would show a degree of resistance, but there’s nothing of the sort on offer from Lee. Indeed, if anything you’d actually think that he’s been living for just such an opportunity all his life, as he very greedily devours both knobs on offer with boisterous enthusiasm; before subsequently allowing Hart and Casey to bugger his ass in a spit-roasting, ball-slamming frenzy. Needless to report it’s not long before the jizz begins to flow, with the two tops blasting their pent-up wads all over Lee’s face.