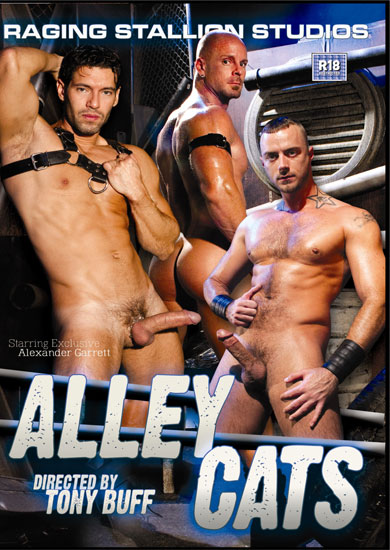 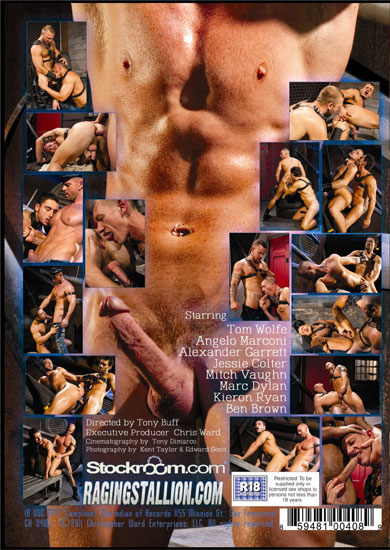 You never know what, or who, you might find in the dark seedy alleys of the city and these masculine and adventurous Alley Cats, clad in their hottest leather gear, roam the side streets and hidden areas of the city for the thrills of anonymous meetings with other horny men on the prowl. These chance meetings in public raise the intensity level to maximum and get these hunks supercharged with testosterone. The hard core sex that follows between these strangers is gritty, thrilling and roughly passionate. In a secluded alley, tattooed, rough stud, Jessie Coulter finds ripped and harnessed Latino hunk Alexander Garret hiding in the shadows. They size each other up and Jessie pushes Alexander against the wall, but Alexander reverses the roles by quickly pinning Jessie there, groping at Jessie's dick and quickly getting it out of his pants. After unearthing Alexander's huge, uncut meat, Jessie gags on the stiff pole that demands to be throated.

Skinheads Control-Uncut
Watch out lads! The Skins are back in town - and this time they mean business! Skinheads Control is the hardest Triga skinhead film to date! Be warned - this is the full uncensored and uncut version that is banned in the UK. You know the score by now with this bunch of beer swilling fuckers, and Skinheads Control is exactly what it says on the box. Big rough brutes taking the piss - and we mean that literally! The poor lads here who love to have a skin in control just do not know what they are in for as raw wet cocks are shoved in every available open hole! Skinheads Control is not for the faint hearted!...
£20.00